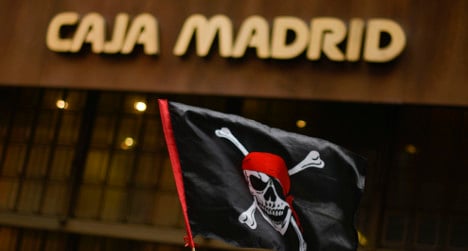 The former Director General of Caja Madrid Ildefonso Sánchez Barco has also been called in for questioning in the probe looking at the credit card use of 86 executives at Caja Madrid and Bankia.

The three men are to face court on October 16th after Spain's anti-corruption prosecutor release a report alleging executives at the two banks spent €15.5 million ($19.6 million) from 2003 to 2012 on everything from restaurants to clothing. The prosecutor claimed none of this spending was reported to tax authorities.

The spending scandal has led to several high profile resignations including, most recently, Rafael Spottorno, the former chief of Spain's royal household under the country's former king Juan Carlos and then an adviser to the current King Felipe VI, quit the latter post, a palace spokesman said.

Spottorno was formerly a manager at a benevolent foundation run by Caja Madrid.

Sánchez Barcoj has previously said the credit card system “was controlled and designated from the chairmanship, which established the spending limit and could access all the transactions made with the cards".

"This department had control over all the spending, no employee could be above what the chairman assigned,” he was quoted as saying in Spain's El País newspaper.

Caja Madrid had very close links with Spain's major political parties, according to the daily, with board memberships being handed out to politicians and their families. The bank also paid the salaries of dozens of politicians, El País reported.

The probe into the use of credit cards at Caja Madrid and Bankia as part of a broader investigation into possible illegal activity at the bank.

Caja Madrid was merged with six other saving banks to form Bankia in 2011.

The near collapse of Bankia in 2012 caused thousands of customers to lose their savings and pushed Spain to seek a €41 billion international bailout for its financial sector.