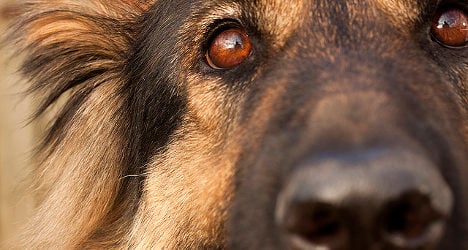 During the attack, the man allegedly leaned against a fence and jumped on the dog. File photo: Marilyn Peddle

The attack took place on Friday while an 84-year-old man was walking his granddaughter's small dog in Almeria's Cuevas del Almanzora district.

During the stroll, the dog jumped a fence into a neighbour's property.

At that point, an 18-year-old set his German Shepherd onto the small dog, despite protests from the old man, Spain's 20minutos newspaper reported.

"Because the German Shepherd hardly did (the other dog) any damage, (the young man) started to kick it, and, leaning himself against the fence, to jump onto it," one witness said of the horrific attack.

"After that he flung (the dog) against a concrete pillar," the witness added.

Despite the brutal attack, the dog didn't die instantly, and was taken to a veterinary clinic. But the vet who treated the animal said internal injuries were so severe that he died within several hours.

The elderly man at the centre of the incident is said to have treated the dog with kid gloves as it had belonged to the daughter of his dead son.