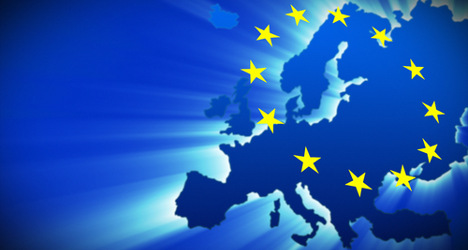 The EU made special mention of waiting times at the border between Spain and Gibraltar in its report. European Union graphic: Shutterstock

Spain had 90 EU infringement cases open against it on December 31st 2014, second only to Italy, with 104 open cases, and a long way behind league leaders Latvia which had a total of only 20 open cases.

Thirteen of the open cases in Spain where for late transcription of EU laws, the process which sees member states incorporate EU law into their own legislation.

The remaining 77 cases involved the incorrect application of EU laws or false transcription of that legislation.

In total, there were 439 complaints against Spain in 2013 with employment being the major bugbear (100 cases) followed by justice and the environment (65 cases each).

The EU made special mention of waiting times at the border between Spain and Gibraltar in its report, saying these had been the subject of a large number of complaints from citizens.

The strained situation at this border arose after Gibraltar dropped 70 concrete blocks into the sea in July 2013, in what its government said was an attempt to create an artificial reef.

The stopped Spanish fishing boats from operating close to Gibraltar's airport runway, and Spain retaliated by carrying out stringent checks at the Gibraltar border, slowing down the traffic of both people and goods.

The EU report shows that after Italy and Spain, German had the third highest number of complaints made against it last year — 297.

By the end of the year, however, all but 63 cases had been resolved, giving Germany stood in seventh place in December, while Greece took third place with 79 outstanding cases.

The EU union operates a scheme called EU Pilot, an online platform designed to provide legal information and act as a first port of call in complaint resolution.

If cases cannot be resolved through the EU Pilot, the EU may consider a formal infringement notice.