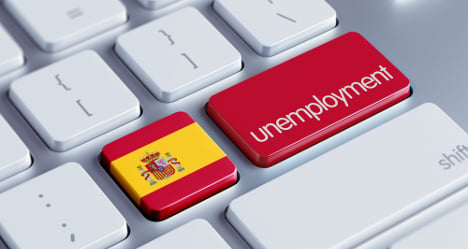 The number of people in Spain registered as unemployed crept up by 19,720 in September from the August level to 4,447,650 in September, the figures from the employment ministry showed.

"It is the weakest rise in registered unemployment in the month of September since 2007," the employment ministry said in a statement.

The number of registered unemployed crept up by some 8,000 in August, putting an end to six months of declines.

On a yearly basis, the number of unemployed, as measured by those signing on at government offices, was down by 276,705 people from September 2013.

The institute recorded 5.5 million unemployed in Spain in June, yielding an unemployment rate of 24.47 percent.

The high figure reflected the lingering impact of the busting in 2008 of a building boom, which sparked five years of stop-start recession in the eurozone's fourth-biggest economy.

The government on Friday raised its growth forecasts for this year and the next.