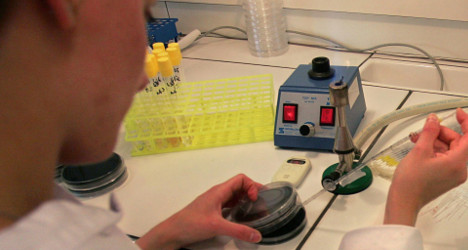 The latest death took place in the town of Sabadell, where another four people have died from an outbreak detected on September 5th, the Catalonia regional health department said in a statement.

The department reported earlier this week that three people had also died from the disease in Ripollet, about 10 kilometres (six miles) from Sabadell, also in the Catalonia region.

The proximity of the two towns raised suspicions that the cases of Legionnaire's were linked but this possibility has since been ruled out, a health department official told news agency AFP.

Fourteen people between the ages of 50 and 92 remain in hospital in Sabadell with the disease.

The disease is not contagious and cannot be spread directly from person to person but can multiply in water and air conditioning systems.It is usually caught by breathing in small droplets of contaminated water.

But Catalan health officials said they could not rule out more new cases since Legionnaires' disease can develop up to 10 days after exposure to the legionella bacteria.

Large buildings such as hotels, hospitals, museums and office blocks are more vulnerable to legionella contamination because they have larger, more complex water supply systems in which the bacteria can quickly spread.