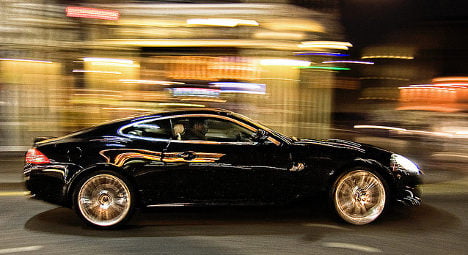 Spanish National Police officers will no longer be able to ‘show off’ top-of-the-range vehicles they’ve procured through drug busts and other heists. Photo: José Miguel Martínez/Flickr

Spanish National Police officers will no longer be able to ‘show off’ the sports cars and other top-of-the-range vehicles they’ve procured through drug busts and other heists.

From now on there will be no more two-seaters or lavish accessories such as wheel rims and spoilers, Police Chief Ignacio Cosidó announced as part of an internal ruling.

The only time officers will be able to drive around in luxury vehicles they had previously obtained through a judge’s authorization will be when a mission that requires them to ‘play the part’ requires it.

It’s a decision which contradicts that of officials at Spain’s Interior Ministry, who last July argued they had saved the Spanish taxpayer €400,000 (€539,000) by using four armoured mafia vehicles seized in a massive money laundering sting operation.

Cosidó claims the new regulations are all part of cutting costs at a time of economic hardship within the force and austerity cuts, despite the €1.1 million investment in riot gear his officers will benefit from shortly.

Spain’s National Police chief has even banned officers from calling the tow truck if one of their car wheels is punctured, arguing they will simply have to get their hands dirty and do it themselves when it does happen, Spanish online daily El Diario reported.