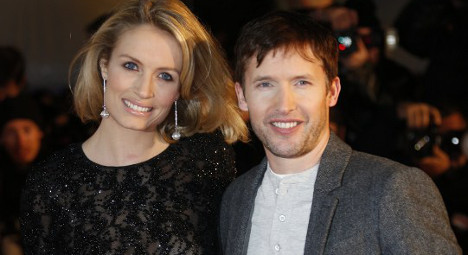 Blunt (R) and Sofia Wellesley, granddaughter of the Duke of Wellington, were celebrating their third wedding bash this September. Photo: Valery Hache/AFP

Blunt and Sofia Wellesley, granddaughter of the Duke of Wellington, were celebrating their third wedding bash this September after an official ceremony in London at the start of the month and a religious one held in Majorca on Friday.

The following day, the celebrity pair flew over to neighbouring Ibiza where they had paid an events company to set up a wedding banquet on s’Estanyol beach in the south east of the island.

According to Spanish national daily El Mundo, beachgoers were slowly but surely forced to leave as the stretch of sand was taken over by chairs and tables where Blunt and Wellesley’s 150 guests would be seated.

Locals sent out tweets voicing their discontent at how they were being kicked out of a public beach, unaware of who the ceremony due to be held was for.

"Ive' seen how people were being told to leave their own beach, that they were getting in the way! Sad but true! This is Ibiza, where everything goes"

Ibiza daily Nou Diari reported that some of the people hired for the wedding banquet diverted cars away from the beach unless they were guests.

It didn’t take long before Santa Eulalia Town Hall opened up proceedings against the couple and the wedding organizers for illegally occupying a protected area, a case which has since been passed on to the Balearics Coastal Protection unit.

"So far evidence suggests Blunt and Wellesley had little to do with proceedings and it is therefore the wedding company that's most likely to be held fully responsible for not obtaining the permit," a town hall representative told The Local.

A similar case in 2011 saw Dutch models Mark Vanderloo and Robine Van der Meer fined €2,000 ($2570) for having their wedding on S’Espalamador, an uninhabited islet in the Balearics.