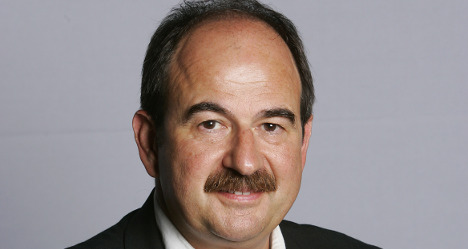 Xavier Crespo, a former politician with Catalonia's ruling CiU party, is now facing up to two and half years in prison for accepting bribes over a period of eight years. Photo: CiU

The ruling comes after an appeal by Xavier Crespo against earlier charges was rejected by Catalonia's High Court (TSJC).

Also still facing charges despite an appeal is Petrov, thought to have been the main figure in a Russian mafia money laundering ring based on Catalonia's Costa Brava.

Crespo, also a former politician with Catalonia's ruling CiU party, is now facing up to two and half years in prison for accepting bribes from Petrov over a period of eight years in exchange for awarding building contracts to the Russian.

Some of that money went to Lloret de Mar's football and hockey clubs, which Crespo, his wife and children had close links with. The ex-mayor's children played for the club and received sums far above those of other players, the TSJC said in its ruling.

Petrov, the sole administrator of  Development Diagnostic Company SL (DDC) has denied receiving favourable treatment from the Crespo, saying he treated local officials "well" because he depended on them to win building contracts and have building permits approved.