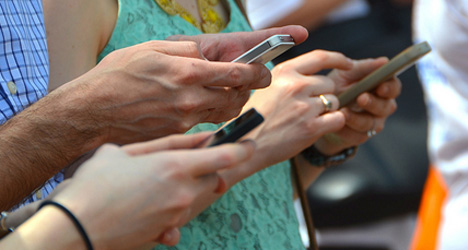 The Facebook-owned WhatsApp was the favourite messaging app of 98 per cent of those surveyed. Photo: Flickr/Adam Fagen

The 'V report on Apps in Spain', released on Thursday by mobile industry event The App Date, is based on a survey of a thousand mobile phone users.

95.3 per cent reported using messaging apps at least once a day, more often than they made calls. 38.1 percent said they sent messages a  number of times each day.

The heaviest users were 24-to-34 year olds and 65 per cent of all users were aged between 25 and 44, according to Spanish daily 20 Minutos.

Despite the popularity of apps, the average number of daily downloads in Spain has fallen from 4 million to 3.8 million in the last year.

App Date founder Javier Navarro put this down to Spaniards becoming "more choosy" about what they download, following a trend that has already been seen in the United States.

"From now on it will be harder for developers to get  their apps onto users' phones, but those who do it well may stay there longer," he said.