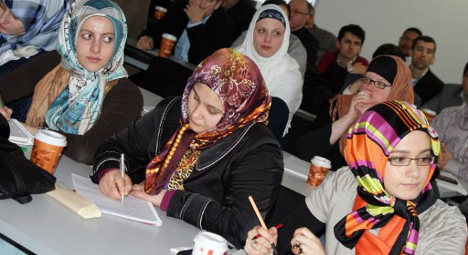 According to Madrid-based national newspaper El Mundo, Catalonia’s Generalitat government launched on Monday its “Morocco Plan 2014-2017”, a bill which aims to strengthen ailing diplomatic relations between the north African country and the Catalan region.

Morocco is reportedly against November 9th’s planned referendum on Catalan independence, fearing the separatist spirit will lead to a similar uprising in Western Sahara, a disputed region taken over by Morocco in 1975.

Aside from the institutional, economic, cultural and social benefits Artur Mas’s government plans to offer Catalonia’s 270,000 Moroccan residents (3 percent of the region’s population), the introduction of Islam education as well as Arabic and Berber language teaching in Catalan schools is the bill's main 'selling' point.

El Mundo claims that by offering these classes to Catalonia’s 24,000 Moroccan students in school hours, the Generalitat will “draw Moroccans to the ballot boxes” when the referendum on independence comes along in two months.

The regional consultation bill the Catalan Parliament is likely to pass on September 19th will allow “most immigrants to vote”, the right-leaning daily claims.

READ ALSO: Catalonia to push ahead with burqa ban plans