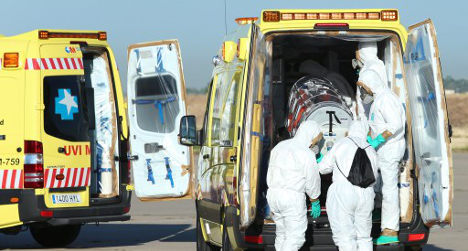 Both suspected Ebola carriers flew to Spain in the past three weeks from the Nigerian capital of Lagos, Spanish national daily ABC reported.

Displaying Ebola symptoms such as muscle pain and high temperatures on admission to hospital, they are being kept in isolation in secure units equipped with the necessary means to deal with infectious diseases.

Meanwhile, their blood samples have been sent to Madrid laboratories where scientists will be able to determine if the 13-year-old boy and a 24-year-old man are indeed infected with the potentially deadly virus.

According to international news agency Reuters, around 2,300 people have died so far this year in the worst Ebola outbreak on record.

Liberia, Sierra Leone and Guinea are the most affected countries but Ebola has also reached Nigeria and Senegal because of sick travellers "importing" the disease.