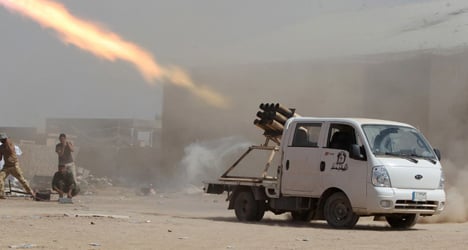 Alvargonzález made the remarks on Thursday at a NATO summit in Wales, where Us president Barack Obama is expected to ask for allies in possible military intervention against Isis terrorists in Iraq.

"In the minds of the Spanish people the issue of Iraq is, as you know, complicated," he was quoted as saying in Spanish daily El Mundo.

"We'll see where we get to but I don't think we'll go down the military route for now. There are other countries prepared to do that," he added.

Germany has sent six soldiers to northern Iraq to coordinate deliveries of aid and military equipment to Kurds fighting Isis while Italy has said it is ready to send arms.

Denmark, meanwhile, is to send a Hercules aircraft and up to 55 military personnel to transport weapons and other military supplies to Iraq as its contribution to the international campaign against jihadist militants in the north of the country.

Alvargonzález did not eliminate the possibility of Spanish military involvement at a later date, saying: "It's too soon to make a definitive decision."

"Let's wait and see what's on the table."

Spain's involvement in the Second Gulf War was a hugely contentious issue in domestic politics and had a major bearing on the results of the country's 2004 general elections.

A terrorist attack in Madrid on March 11th, 2004, just three days before Spanish voters went to the polls, killed a total of 191 people on two packed commuter trains.

Current PSOE leader Pedro Sánchez echoed Zapatero's remarks this morning and declared that he would not send troops to Iraq or Syria in the event of becoming prime minister.

Speaking to Europa Press he said Spain should "of course" get involved by sending humanitarian aid "to the civilian population who are being punished an annihilated by ISIS."

But he underlined that it would be "not by sending troops to either Iraq or Syria".