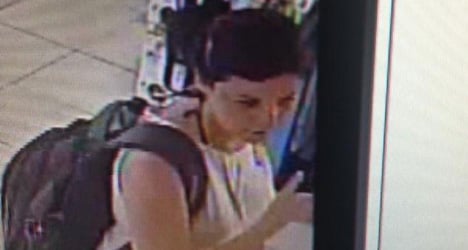 Local Civil Guard police circulated security camera photos of the woman in early August and soon learned her identity although they have not yet released her name.

After following up on a number of leads, they have determined she was a French tourist who had travelled alone to the island by boat two weeks before her death.

Local daily El Diario de Mallorca reported that after the autopsy, police began to investigate the case as a possible crime and are still awaiting the results of biological tests.

The woman is said to have had her nose and mouth blocked and to have suffered a blow to the chest. Stones and sand were found in her nostrils and her body was bruised on the face and thorax.

The investigation revealed that the woman, who was between 20 and 30 years old, had been unaccompanied during her time on the island.

She was filmed by security cameras buying alcohol in a supermarket just hours before her death and police have not ruled out the possibility of suicide or misadventure.