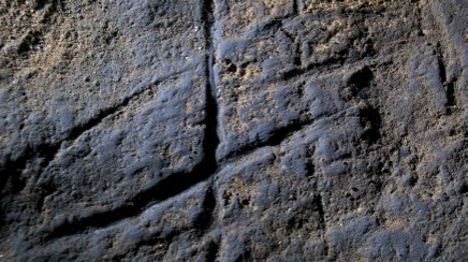 Long before mundane daily tasks were hashtagged by the world’s social media addicts on sites such as Twitter and Facebook, some of our ancestors appear to have taken a liking to the criss-cross lines as a form of art.

More importantly, scientists see it as proof that Neanderthals were capable of “subtle symbolic thought”, online magazine the New Scientist reports, a theory which had previously been dismissed.

"Creating paintings or carvings in caves is seen as a cognitive step in human development," said Professor Joaquín Rodríguez-Vidal of the University of Huelva, one of the leading researchers on the project.

"This behaviour was considered exclusive to modern humans and has been used as an argument to distinguish our direct ancestors from ancient man, including Neanderthals."

Gibraltar Museum director Clive Finlayson, who The Local spoke to previously about his findings on Neanderthals’ BBQ cooking methods, discovered the etchings in The Rock’s famous Gorham’s cave in 2012.

Alongside the eight rock engravings measuring about 3 sqm (10 sqf), Finlayson and his team unearthed 294 stone tools dating back at least 39,000 years.

Their findings disprove yet again the theory that Neanderthals were simple-minded brutes with little reasoning and abstract thinking capabilities.