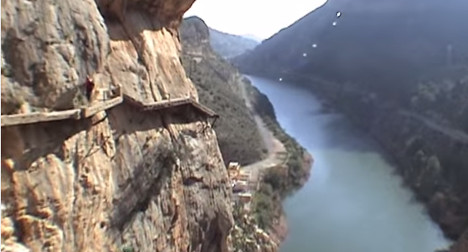 El Caminito del Rey, or the King’s Pathway is a well-known trail through the gorge of the Guadalhorce River near the Malaga town of El Chorro — fairly easy if you're fit and healthy, but next to impossible if you have any kind of fear of heights.

"You're wearing a harness and a helmet but you still have to walk along a narrow concrete path ridden with holes," The Local Spain editor George Mills explains.

"In some sections, the path is missing and you have to climb or scramble over rocks even though there’s a massive drop right next to you.

"It’s not that actually difficult: the path is more a mental challenge than a physical one."

Although walking the path is illegal, Mills is one of thousands of locals and foreigners who have dodged lurking police officers to complete the cliff-hanging feat.

As recently as two weeks ago, guests at one local hotel were being guided down the trail, the establishment's owner told The Local.

But she said they were no longer offering the service as local police were now keeping a very close watch on the site.  Recently several guests were even escorted back to the hotel by police after attempting to undertake the walk, the hotel owner said.

Now Malaga authorities have announced a safer, refurbished pathway will open to all in January 2015, with the hope that Spain’s newly proclaimed King Felipe VI will be able to attend the inauguration.

Thanks to a budget of €2.2 million, a 4-kilometre (2.5 mile) segment – including the notoriously hairy cliff-side section of the walkway through the so-called Desfiladero de los Gaitanes – is being done up with 500 tonnes of new metal parts replacing those that have fallen down the ravine or rusted away.

Some 70 percent of the restoration work has already been completed, The President of Malaga Province's Elías Bendodo told local daily Diario Sur recently.

Despite the hands-on support the project is receiving from mountaineers and climbers, some conservationists fear the improvements will result in excessive tourist numbers and lead to a negative impact on the area surrounding El Chorro Gorge. 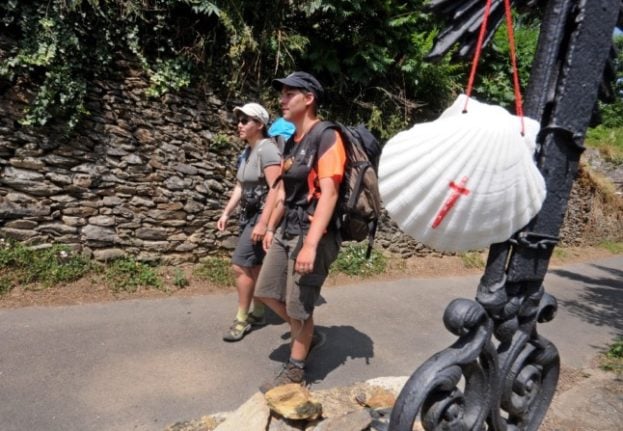