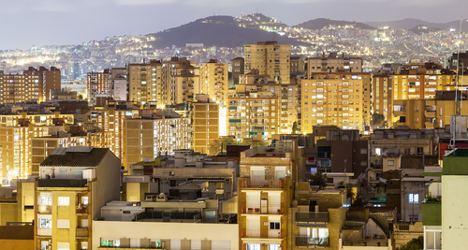 The old fishing town of Badalona is one of the few Catalan municipalities governed by Spain's ruling Popular Party. Photo of Badalona: Shutterstock

"I feel proud to be Spanish and proud to be Catalan," said Javier Vargas, a 41-year-old engineer. "I do not have to choose between them."

The mood in Badalona stands in contrast to many nearby towns where the striped Catalan flag prevails, hung by those who want Catalonia to break away from the rest of the country.

"In and around Badalona, the vast majority of citizens want to continue being both Catalan and Spanish," said the town's mayor Xavier Garcia Albiol.

"When I walk down the street, 95 percent of the people I meet talk to me not about the vote nor about independence, but about their everyday problems."

This old fishing town just north of Barcelona, now the region's third most populous city with 220,000 inhabitants, is one of the few Catalan municipalities governed by Spain's ruling Popular Party.

That conservative grouping and the Catalan centrist party Citizens are the leading opponents of regional president Artur Mas, who has called for the referendum on independence for November 9th.

The Catalonia government's latest poll indicated that 47 percent of Catalans would vote for independence and 28 percent against. Madrid has branded the planned vote unconstitutional.

Proud of their distinct Catalan language and culture, many of the region's 7.5 million inhabitants feel short-changed by the national government in Madrid, which redistributes their taxes.

Catalonia accounts for a fifth of Spain's economy but it was hit hard by the financial crisis that broke out in 2008.

Opponents of secession think cutting themselves off from Spain would be an economic disaster.

"Why would we want independence? We would die of hunger," said one resident of Badalona, Maria Lopez, 67. "If they make me vote on it, I plan to say no loud and clear." 'Dead end' Demonstrations in favour of independence have brought hundreds of thousands of people onto the streets in recent years.

Now the anti-separatists have started to mobilise too. A new movement, the Catalan Civil Society (SCC), has gained 16,000 signatures of support for staying part of Spain.

Outside the Olympic pavilion in Badalona where Spain were playing Ukraine at basketball, the SCC gave out leaflets, touting for new members.

"Spain unites us," runs its slogan.

The match was a warm-up for the basketball world cup which Spain is hosting. Spain's team is led by two Catalan star players, the brothers Marc and Pau Gasol.

"The Spanish national team is an example of what we are after," said the SCC's secretary Jose Domingo. "There are players from all over the country working together. Unity makes us stronger."

Divisions will be on display, however, on September 11 — Catalonia's national day.

A mass demonstration in favour of the referendum is planned in central Barcelona. Further south in the town of Tarragona, the SCC has called for a gathering to denounce independence as a "dead end".

"People have been deceived," said the SCC's vice-chairman, Joaquim Coll. "They have been told they have a right to decide which does not exist, and that gaining independence will not have political and economic consequences."

He doubted the referendum would even take place.

"This will end with a lot of frustration and resentment among people of good faith who have believed this big lie."