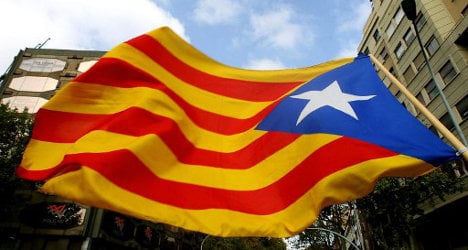 The estelada is typically used by supporters of Catalan independence from Spain. Photo: Josep Lago/AFP

In the early hours of last Sunday, a car carrying four passengers pulled over next to a roundabout in the small Catalan municipality of Vilobí d’Onyar.

According to a witness quoted by Spanish national daily El País, one of the occupants got out and proceeded to clamber up a pole the yellow and red striped flag was hanging from.

The suspect allegedly ripped the estelada off with one tug and got back into the vehicle before driving off.

But the witness managed to write down the car’s number plate details, taking it to Catalonia’s Mossos d’Esquadra police force for identification.

Their search found the vehicle belonged to Spain’s Guardia Civil, a military unit charged with police duties across Spain.

“It’s already deplorable that somebody would carry out such a theft because it’s not just a flag,” local mayor Olga Guillem told El País.

“It’s a country symbol for many people who democratically and peacefully defend Catalonia’s independence.”

“What’s even worse is who perpetrated the crime. I can’t understand the motives that would lead law enforcement officers, regardless of what unit they belong to, to carry out an attack on our coexistence.”

The estelada flag shares the same red and white horizontal stripes as the senyera – the flag of Spain’s Catalonia, Aragon, Valencia and Balearic regions – with the addition of a five point star in a blue triangle.

It is typically used by supporters of Catalan independence from Spain. 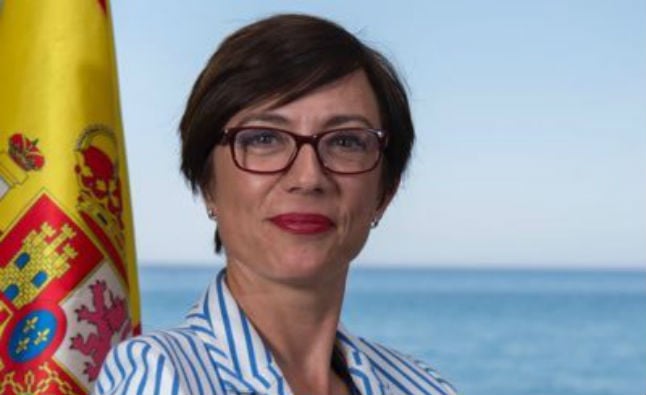