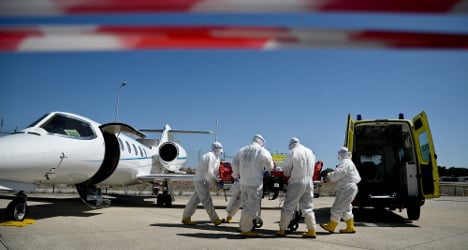 The man who arrived in Spain from Guinea on August 17th was admitted to Barcelona's Hospital Clinic on Wednesday evening with head injuries, local daily La Vanguardia reported.

He was isolated after it emerged he had been treated for those injuries at a hospital in Guinea and had had contact with health professionals who had worked in Ebola-hit areas, a regional health authority spokesperson said on Thursday.

But the patient was clear of the disease, health authorities said early on Thursday afternoon.

He is the second man in Spain to test negative for Ebola in recent days after a 36-year-old Senegalese man was also given the all-clear on Friday.

Another man also tested negative in Bilbao after returning from Sierra Leone with a high fever.

Around ten patients have been tested for Ebola in Spain in recent months, Spain's health ministry said recently.

One patient, 75-year-old priest and missionary Miguel Pajares, died on August 12th after being repatriated from Liberia with the disease.