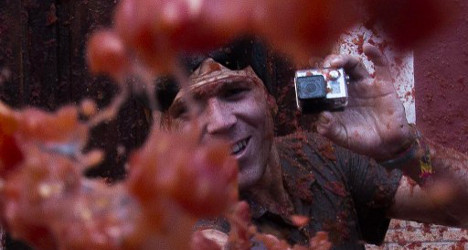 A man throws tomato pulp during the annual "tomatina" festivities in the village of Buñol, near Valencia on Wednesday. Photo: Gabriel Gallo/AFP

"It was pretty fun, squashing and throwing them. It was raining tomatoes," said Jessica Sims, a 27-year-old airline employee from the state of Utah, stepping back from the fray, her white T-shirt soaked and stained red.

"It was a bit scary and dangerous. If you go down to pick up a tomato, you might not come back up."

One of Spain's quirkiest and best-known tourist draws, the Tomatina was stained this year by a row over its privatization.

But that didn't stop the tourists from Australia, Britain, Japan and the United States from joining an event dubbed the 'world's biggest food fight'.

"In Japan lots of people want to come to the Tomatina because it's a crazy festival," said Ayano Saito, a 25-year-old woman from Tokyo, visiting with eight friends.

During the event, locals try to protect shops and houses by covering them with great blue tarpaulins to avoid a splattering.

Giordano Mahr, 75, saw his favourite town centre bar boarded up on Wednesday to shield it from a sloshing with tomato juice, but he didn't mind.

"This is a unique fiesta. We really enjoy it. It brings a lot of benefits to the town," he said. 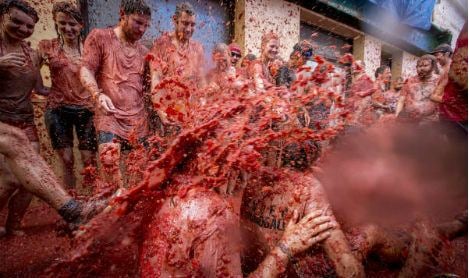 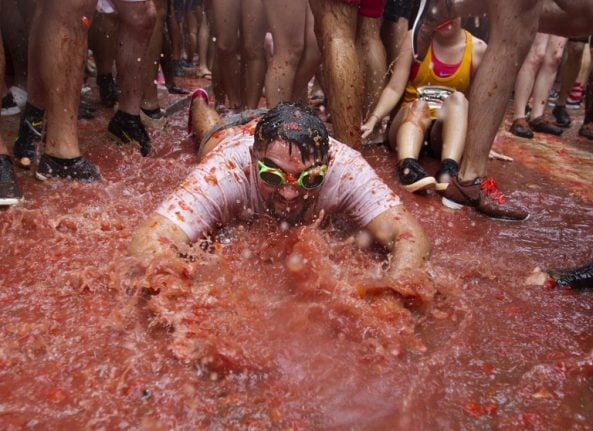 TOMATINA
IN PICS: This is what the world’s biggest food fight looks like
Url copied to clipboard!