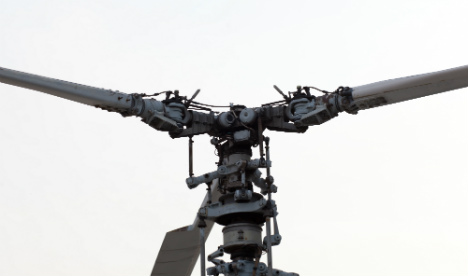 The helicopter's blades struck the side of a mountain close to the Picos de Europa range in the northwestern province of Leon. The aircraft then slid down the rock face, regional emergency services said in a statement.

Two Guardia Civil pilots and a member of a mountain rescue team died in the accident, it said.

A fourth member of the rescue team who had already exited the helicopter to search for the injured climber sounded the alarm, a spokesman said.

Emergency services, including three helicopters and an ambulance, were dispatched to the scene and found the bodies of all three men, aged 48, 50 and 56.

The cause of the accident is under investigation but Spanish media reported that the area was engulfed in fog at the time.

The injured climber was transported to hospital by another police helicopter.

Interior Minister Jorge Fernandez Diaz has gone to the scene of the accident, the ministry said.

The Picos de Europa range, although not the highest in Spain, is a favourite among walkers, trekkers and climbers.

It is considered to be one of Europe's most challenging mountain ranges, with changable weather and treacherous terrain full of chasms and gorges.