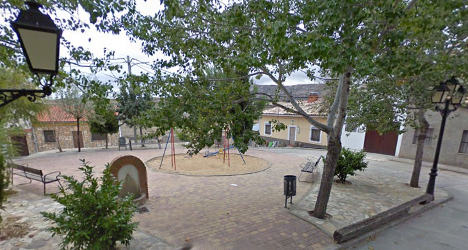 Only 15 residents of Olmeda de la Cuesta live in the village throughout the year. Screen Grab: Google Maps

With an average age of 75, Olmeda de la Cuesta’s 35 residents have officially made their village the place with the oldest population in Spain.

Only 15 of them live there throughout the year, the local school closed down 40 years ago and even their mayor doesn't live there.

So why would anyone even contemplate living in this desolate hamlet in Spain’s arid Castilla and La Mancha region?

A fresh start, and a cheap one at that.

Olmeda de la Cuesta’s mayor José Luis Regacho announced recently he will be offering up plots of land in the village for as little as €200 ($265), around the price of an Samsung tablet.

The only requirement he expects buyers to fulfil is either that they build a house or set up a business within the next two years and a half.

“Olmeda obviously offers tranquillity so it’s a perfect spot for anyone from an artisan to a writer,” Regacho, who was born in the village, told the Local.

“We’re an hour and a half drive away from Madrid so someone who’s self-employed can easily sell their products or do business without too much hassle.”

“We’d love to have new, young families from other parts of the world to breathe new life into our village,” he said, while noting he had already been contacted from potential buyers as far afield as the US or Russia.

“The auction deadline for the eight plots of land we’re offering this time is September 17th.

“Potential buyers won’t have to register at the local town hall and only have to pay a €150 deposit.

“We’ll even return the money invested in the land with interest if they’re registered as self-employed in Olmeda for three years.”

“Plenty of local builders and electricians will be readily available. There’s also a supermarket and a health centre just five minutes away by car.”

Click here to see the 8 plots of land available and prices.

“We will allow houses of up to three floors to be built, there’s space for a garden and some even have caves that can be converted into wine cellars.”

Buyers can build a house of up to three floors, they can put in a garden,"  says Regacho.

Olmeda de la Cuesta has been fighting off extinction for several years now, dropping their initial €2,000 minimum investment to the current €200 due to the campaign’s limited success.

Just 50 kilometres (30 miles) from the provincial capital of Cuenca, famous internationally for its hanging houses, Olmeda de la Cuesta also has a wealth of natural landscapes nearby.

Would you rather find a bargain home in Italy?  This Sicilian village is offering houses for just €1. 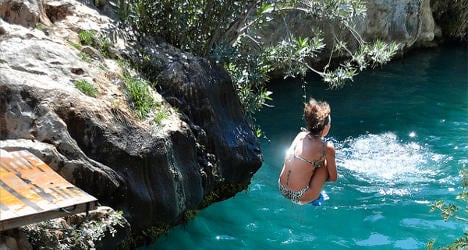 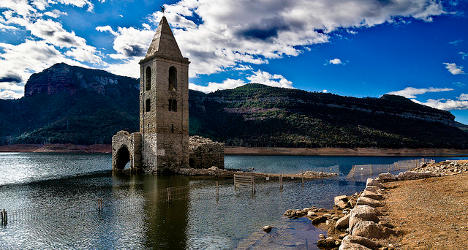 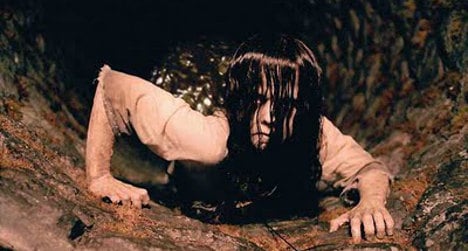 Legend has it that a group of women were trapped in a well during a vicious storm in this village in northern Spain. Photo: YouTube

Spain has its fair share of weird place names, from the attention-grabbing Escucha (Listen) in Aragon, to the ominous-sounding Consuegra (With-mother-in-law) near Toledo.

But dig deeper and you’ll find a rather more sinister selection of town and village names.

From skulls to blisters, The Local has put together a list of the most intriguingly disgusting place names in Spain.