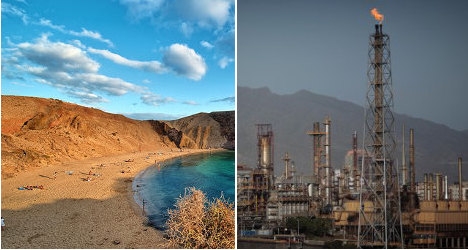 Repsol have agreed to halt explorations if they trigger earthquakes in the region. Photo: Desiree Martin/AFP

Repsol will pay up to €60 million ($80 million) in civil liability and environmental risk  insurance in return for a green light to begin the controversial oil explorations, an official state bulletin published on Wednesday reveals.

The energy giant and its partners in the project, Woodside Energy Iberia and RWE Dea AG, will now have four years in which to carry out exploratory drilling.

Spain's Minister for Industry, Energy and Tourism, José Manuel Soria, said that his department had taken the decision "after studying all the allegations" made by both the Canary Islands' local government and environmental campaigners.

Those opposed to the planned explorations have filed appeals and campaigned constantly since initial approval was first given in 2012 to allow prospective explorations near Fuerteventura and Lanzarote.

But Wednesday's decision represents a major setback for those who claim that the environmental risks outweigh the potential economic benefits.

Marina Bevacaqua, Greenpeace Spain spokesperson on energy issues, told The Local, "We think the decision to give Repsol permission to drill off the Canary Island is deplorable."

"Spain needs to change its energy model and move away from a reliance on fossil fuels, which is a major cause of climate change. Giving permission to a multinational like Repsol to drill for oil and gas will just maintain the status quo," she said.

"The Spanish government says oil and gas drilling will create jobs but these are just empty promises. Instead it will threaten tourism which is a key industry in the Canaries. The government should focus on renewable energy sources, which will create long-term sustainable employment for the country," she added.

Energy minister Soria told reporters on Wednesday that should oil or gas be found near the islands, new taxes would be introduced to benefit the local government and community.

He added that it was now time to "wait and see the results" of Repsol's explorations.

"If they are positive, a second phase will begin, consisting of permission to drill, which will be much longer than that for permission to explore, and which will lead regardless to another environmental impact declaration. If that is negative, the process stops there," he said.

Repsol will now go ahead with two probes, plus a potential third, some 50 to 55km (80 miles) from the coasts of Lanzarote and Fuerteventura.

The company has agreed to monitor for any seismic activity caused by the operation, and stop immediately if a tremor of more than 4.5 on the Richter scale is produced within a 75km radius. 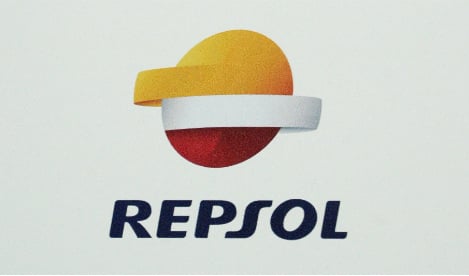