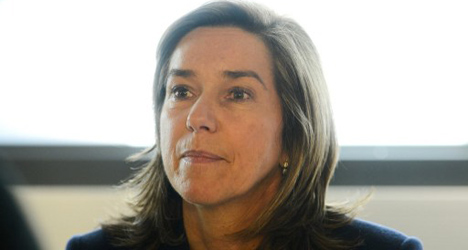 Mato is widely reported to have remained in Cadiz, where she habitually spends her holidays, throughout the Ebola crisis which on Tuesday claimed the life of Spanish priest Miguel Pajares.

Ruben Sánchez, from the FACUA-Consumidores en Acción  organization, said, "It is completely unacceptable and an insult to citizens that the minister for health has disappeared to the beach on holiday at such an important and delicate time. It does not fulfil her role of taking charge of health policy responsibility and it deserves an explanation."

He expressed condolences for the death of Miguel Pajares and went on to remind Mato of her "moral obligation" to inform the public of the protocol used to repatriate the priest, according to the Spanish edition of the Huffington Post.

Sánchez even took to social media to express his feelings, tweeting: "We cannot tolerate the lack of respect from a health minister who hides under a sun umbrella during an Ebola alert."

The Ministry of Health responded by denying that Mato's absence from Madrid had interfered with her work.

A ministry source said, "It's false. Mato is completely aware of everything and is in permanent contact with Madrid's Heath Council who are dealing with the case. However, the minister has coordinated the entire operation to repatriate the patient and is also in contact with World Health Organization authorities."

The department gave details of calls made by Mato to the family of Miguel Pajares and the hospital in which he was staying. A day before the priest was repatriated, they issued a photo of Mato in a meeting with other senior health ministry officials.