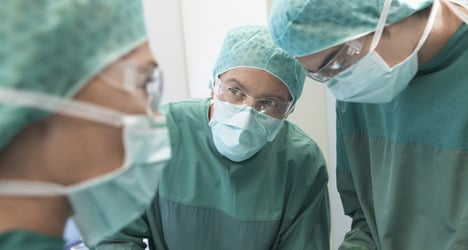 The military Airbus A310 departed early on Wednesday afternoon to repatriate Miguel Pajares, who has lived in Liberia for five decades.

Pajares, currently in hospital in the Liberian capital of Monrovia, was diagnosed with Ebola on Tuesday.

He will now be airlifted to Spain for treatment at Madrid's Carlos III hospital, a health ministry spokesperson said on Wednesday.

The priest will be quarantined and will receive treatment from just two medical professionals in what is the first case of Ebola in a Spanish hospital.

The risk of contagion is very low, Spanish health officials have said.

The priest came down with Ebola virus after visiting the ill director of Monrovia's Hospitaller Order of Saint John of God hospital. The director has since died of the disease.

Pajares is currently in quarantine with five other missionaries, two of whom have also tested positive for Ebola, Juan Ciudad ONGD, which runs hospitals around the world, said in a statement on Tuesday.

The aid organisation said it had asked the Spanish foreign ministry to urgently fly out the two infected Roman Catholic Sisters: Chantal Pascale of the Democratic Republic of Congo and Paciencia Melgar Ronda of Equatorial Guinea as well as Pajares.

Spain's health ministry have made no plans to do so but the family of the Spanish priest have told Spain's El Mundo newspaper that Pajares would "never abandon them (the two nuns) there".

Ebola causes severe fever and, in the worst cases, unstoppable bleeding. It is transmitted through close contact with bodily fluids, and people who live with or care for patients are most at risk.