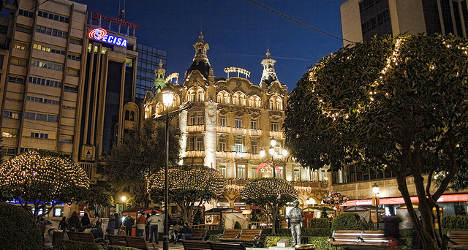 The 46-year-old man, identified only by his initials Q.Z., was arrested near his home in Albacete (pictured) in southeastern Spain. File photo: Gabriel Villena

The 46-year-old man, identified only by his initials Q.Z., was arrested near his home in Albacete in southeastern Spain under an international warrant issued by Chinese authorities, police said in a statement.

"The fugitive, under the pretext of running a pawnshop and a deposit company and being the director of a company, captured the public's money by offering a monthly interest rate of five percent," the statement said.

Spanish police in June detained a Chinese man in Madrid wanted for allegedly selling homes in China which were never built to more than 10,000 families between 2011 and 2013 in a scam worth more than 24.5 million euros.

Some 185,000 Chinese nationals live in Spain, the fifth biggest foreign community in the country, according to the National Statistics Institute.