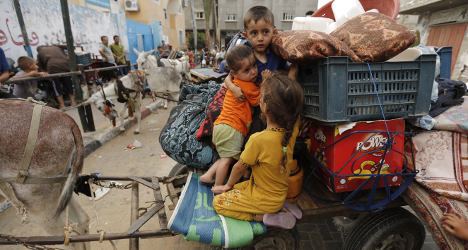 Displaced Palestinians leave a United Nations (UN) school in Beit Lahia in the northern Gaza Strip to return to their homes on Tuesday. Photo: Mohammed Abed/AFP

A military committee made the decision to put the temporary stop on arms shipments to Israel on July 31st, Spanish media reported on Tuesday.

The decision could be revisited in September.

Spain exported just €4.9 million ($6.6 million) worth of military material to Israel in 2013, or just above 1 percent of its total weapons exports.

But the decision to pull the plug on shipments sends a strong political message to Israel.

Spain's foreign minister José Manuel García-Margallo recently described the number of victims of bombings in the Gaza strip as "alarming".

While recognizing Israel's right of Israel to protect its citizens, he said civilians were protected under international human rights law.

The minister has also urged the European Union to do more to ensure a lasting ceasefire in the bloody conflict between Israel and Palestinian militants.

Israel and Hamas announced on Monday they have agreed to a new 72-hour truce beginning on Tuesday.

That announcement came in the wake of mounting international pressure for such a ceasefire in the bloody 29-day-old Gaza conflict. 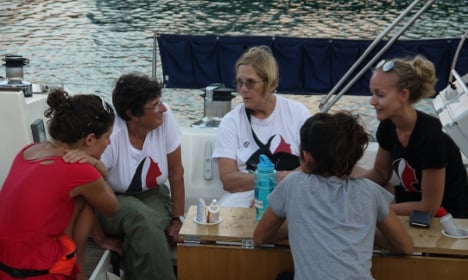