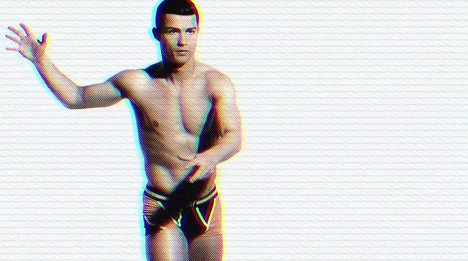 Ronaldo, or CR7 to his diehard fans, surely didn’t see this coming when he got into the underwear business. Photo: YouTube

Ronaldo, or CR7 to his diehard fans, surely didn’t see this coming when he got into the underwear business.

Using the shorthand CR7 as the brand name, it also includes T-shirts and shoes.

But a 43-year-old American fitness enthusiast called Christopher Renzi already trademarked his fitness gear in the US with the name CR7 back in 2009.

JBS Textile Group, eager to launch Cristiano’s briefs in the US, have accused Renzi (no relation to Italy’s PM) of trying to profit from the Real Madrid player’s ever-increasing fame and reputation.

Renzi, who claims he chose the 7 because his birthday is on October 7th, is refusing to stand down.

His lawyer filed a complaint in a Rhode Island federal court last Monday, saying Renzi had received pressing letters from JBS demanding he give up the brand.

“They don’t really have the trademark rights because they haven’t used it,” his lawyer, Michael Feldhuhn, told news agency Reuters.

“We just want them to leave us alone.”

Renzi is hoping the court finds that he owns the trademark in the US.

While lawyers fight it out in the court, Ronaldo is making the most of his summer break from football to launch his autumn/winter underwear collection with a raunchy TV ad.