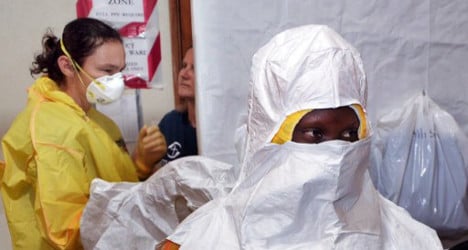 Staff of the Christian charity Samaritan's Purse putting on protective gear in the Elwa hospital in the Liberian capital Monrovia. Photo: Zoom Dosso/AFP

Miguel Pajares is being monitored in an isolation ward at the Hospitaller Order of Saint John of God hospital in the Liberian capital of Monrovia.

The condition of the priest, who also suffers from a heart condition, was continuing to worsen on Monday morning, Spanish national daily El Mundo reported.

Pajares visited the hospital only recently to visit the clinic's director Patrick Nshamdze, who has since died from the deadly disease.

The Spanish priest and five other men are currently being treated for fever and other Ebola-like symptoms with paracetamol and saline solution.

However, sources at the hospital said they were yet to carry out definitive tests confirming Pajares is suffering from the Ebola virus.

They were hoping to be able to do so, but conceded that Liberian authorities were overwhelmed in the face of the outbreak.

The Hospitaller Order of Saint John of God  hospital has been closed to all patients expect for the six men who remain in isolation, with all other suspected cases of Ebola now being treated at  the city's Elwa hospital.

The US is stepping up efforts to fight an outbreak which has claimed more than 800 lives and which US health authorities describe as "out of control".

Ebola, which spreads through contact with blood and bodily fluids, has a mortality rate of 50 to 90 percent. No specific treatment regime exists.

Ebola protects itself with proteins that act as a shield, and only exposes its vulnerable zones for short periods of time. Photo: AFP

A prototype vaccine developed by pharmaceutical group Merck is already in use, but acts only against the most virulent, “Zaire” strain.

Despite not having market approval, Merck's rVSV-ZEBOV was administered to people in the Democratic Republic of Congo in May, with UN approval, in a bid to contain an outbreak of the same virus that killed more than 11,300 in three West African countries from 2013 to 2015, sparking international panic.

For several months, a team from the October 12 Hospital has been working with researchers at two other hospitals in the capital to examine and learn from blood samples taken from three people cured of Ebola in Spain.

Lead researcher Rafael Delgado told reporters the difficulty lay in the fact that the virus protects itself with proteins that act as a shield, and only exposes its vulnerable zones for short periods of time.

That makes it tough for the body's immune system to fight the virus.

The three Spanish patients had produced “very effective” viral antibodies, though in a “small quantity” and only against the Zaire strain they were contaminated with.

Delgado, head of microbiology at the hospital, said researchers are aiming to reproduce these antibodies on a larger scale, and in a way that would make them efficient against all five virus strains.

Delgado said researchers hope to get results from mouse experiments within a year.

The Ebola epidemic caused alarm in Spain in 2014 when a nursing assistant, Teresa Romero, became the first person infected outside Africa.

She caught the disease while tending to a Spanish missionary repatriated from Sierra Leone, who died in Spain in September that year. 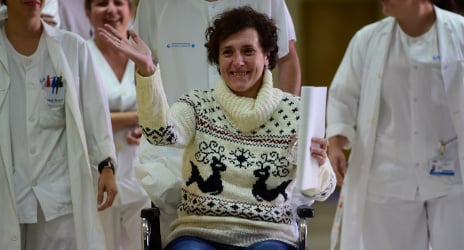 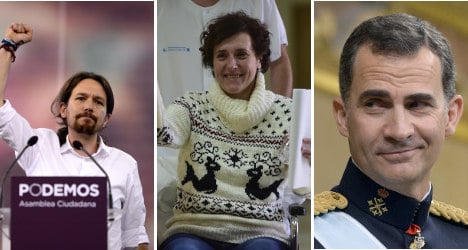