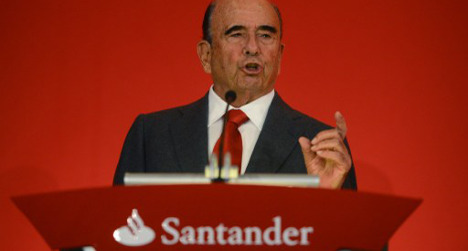 The Spanish banking giant posted a quarterly net profit of €1.45 billion ($1.94 billion), its highest in the past two years and a 38-percent jump compared to the outcome in the same period in 2013.

The group also said its ratio of high-risk loans —mostly bad real estate assets left over from the crash — had been brought down to 5.45 percent.