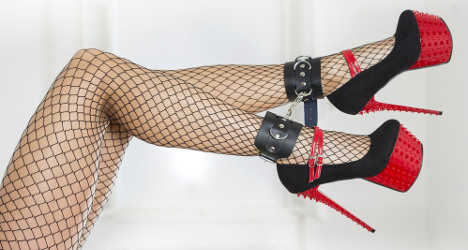 “With the Fifty Shades of Grey phenomenon in full swing, I saw a business opportunity that hadn’t been exploited yet in Spain,” the businessman, who preferred to remain anonymous, told The Local.

The entrepreneur rented out Vilafranca’s L'Om del Llosar hotel with plans to cater the roadside property to a ‘niche’ market, announcing the launch on Facebook for August 1st.

Vilafranca’s town council representatives aren’t too happy with the news however, arguing that it is “unsuitable” to “have an establishment of this nature in the village” and so close to the “chapel where dozens of people come every day to visit the village’s patron saint”.

“Our restaurant and bar have been full of villagers since we opened at the start of the summer,” the savvy businessman told The Local.

“It wasn’t until just a few days ago that one of Vilafranca’s online dailies ran a piece on our plans to open the sadomasochist hotel and this huge uproar began.”

Oscar Tena, Vilafranca’s mayor, has already begun the legal procedure to block the launch on the basis that the businessman doesn’t have the necessary paperwork to have a hotel and restaurant licence.

“Four emergency lights and an extinguisher, that’s their excuse. The hotel’s proprietors were the ones who didn’t install them in the first place but they’re closely linked to the local town councillor.

“It’s abuse of office. I’ve spoken to my lawyer and we’re going to sue the town hall,” the businessman said.