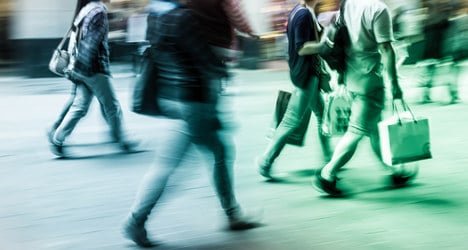 "We hope that economic growth will approach 1.5 percent this year and 2.0 percent next year," Economy Minister Luis de Guindos told a committee of members of parliament.

Spain's central bank raised its own predictions last week after saying the economy, the eurozone's fourth-biggest, grew at the strongest rate for six years in the second quarter.

The government had previously predicted growth of 1.2 percent this year and 1.8 percent in 2015.

The news adds to a raft of data showing Spain's economy is gaining momentum after a property boom burst and floored growth.

Bankia, its largest nationalized bank and a key barometer of the country's economy health, said on Monday its second-quarter profit almost doubled as bad loans fell, helping to send Spain's borrowing costs to a record low.

The unemployment rate fell below the symbolic 25 percent level in the second quarter, according to official data, but about 5.5 million people are still without work.

The government is still forecasting that the rate will remain at 24.9 percent this year, falling to 23.3 percent in 2015. It is not expected to drop below 20 percent until 2017.