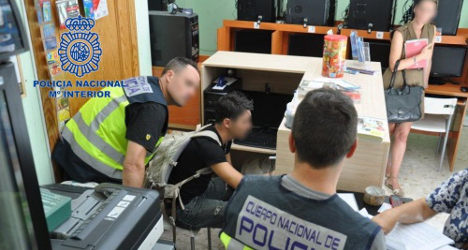 Police made the 84 arrests as part of a two-year investigation into a massive Spain-based fraud ring which laundered at least €11.5 million ($15.4 million) in funds that had been scammed from foreign victims, police said in a statement.

Members of the group, 80 percent of whom were Nigerian, allegedly took receipt of money scammed from victims in the US, Canada and Germany and laundered it by transferring the money on to Nigeria, police added.

The majority of the cash handled was obtained using the classic Nigerian, or '419' scam. This involves fraudsters promising their targets a large amount of cash in exchange for a small upfront payment.

If this payment is forthcoming, scammers either escalate their demands, or disappear, leaving their victims out of pocket.

Up to 200 internet cafés were investigated in the investigation by Spanish police.