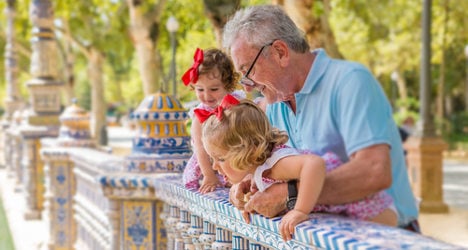 Half of Spanish grandparents spend at least six hours a day with their grandchildren. Photo of grandfather and grandchildren: Shutterstock

Grandparents play a key role in bringing up children in Spain, but the job could actually be doing some people harm, the Spanish Geriatrics and Gerontology Society (SEGG) have said.

While most grandmothers and grandfathers in Spain are more than happy to look after children, not all older people are faring so well, according to a statement put out by the group.

Half of Spanish grandparents spend at least six hours a day with their grandchildren — often more than the parents' children spend with them.

The benefits are well recognized, with older people who spend time with their grandchildren feeling more useful, and suffering less from loneliness.

But the country's economic crisis means grandparents are no longer just taking their children to the local playground for an hour or two of fun.

With struggling parents saving costs on kindergartens, nannies and cleaners, many grandparents are also having to carry out domestic chores.

At the same time they are often bankrolling families, with their pensions supplementing the wages of struggling families.

SEE ALSO: Pensioners have saved Spain during the crisis

"While in most cases, (grandparents look after children) on a voluntary basis, and with pleasure, it's also true that some grandmothers and grandfathers feel like they're doing a full-time or part-time job," said SEGG president José Antonio López Trigo.

"Although there are some grandparents whose number one wish is to dedicate their time to look after their children, older people have a right to their own life and to enjoy their time," he added.

SEGG says older people should learn to say no and set limits to how much they can do.

They should also make sure they have time for themselves, the group says. 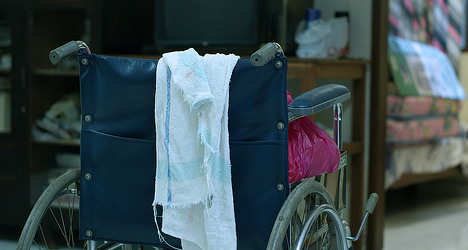 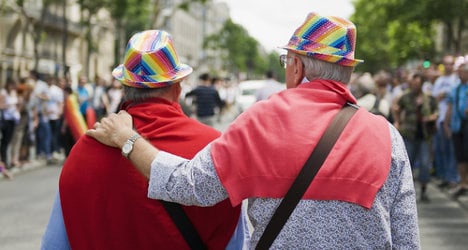