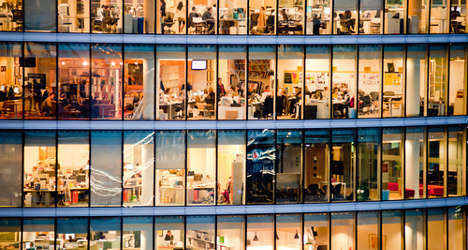 A total of 402,400 people in Spain returned to employment from April to June , the latest Active Population Study (EPA) figures from Spain's national statistics institute, the INE, show.

That's the strongest quarterly result since 2005.

The seasonally adjusted drop of 3.12 percent is the highest since 2006, or before Spain's economic crisis kicked in.

The figures from Spain's statistics institute also show that 192,400 more people are working than a year ago, a rise of 1.1 percent and the best year-on-year figure since 2008.

Spain's official unemployment rate is based on a survey of 65,000 households across the country, known as the EPA.

Some 5.5 million people are still unemployed in Spain, which is slowly emerging from deep recession following the global financial crisis since years ago which burst a property bubble and threw the country into deep crisis.

Since then Spain, which was also caught by the eurozone debt crisis, has introduced deep reforms in its economy and has restructured its banking system at great cost, including exceptionally high unemployment.

Unemployment has hit young people in particular, as has been the case in some other crisis-hit eurozone countries, leading European Union leaders to speak of a "lost" generation.

However, on Wednesday, the Spanish central bank said that the economy had grown at the strongest rate for six years in the second quarter, expanding by 0.5 percent from output in the previous three months.

The bank also raised its forecasts for output for this year and next, saying the economy would grow by 1.3 percent this year and by 2.0 percent in 2015.

Official growth figures for the second quarter are to be published on Wednesday.

The Bank of Spain said growth between the first and second quarters of the year was the strongest since just before the global financial crisis began.

"In the second quarter, the recovery of the Spanish economy continued in a gradual way, in a context of normalising financial conditions, along with an improvement for employment and confidence," the bank said.