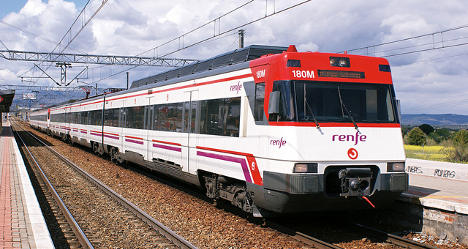 The 'Cercanias' train travelling on Madrid's C7 suburban line was evacuated after the brakes of the final carriage began smoking and then caught fire.

Emergency services were called in although national railway company Renfe said the train did not need to be halted.

Services on the line were suspended but have now resumed, Renfe reported.

The incident comes on the first anniversary of a horror crash of a high-speed 'Ave' train near the northern Spanish city of Santiago de Compostela which captured worldwide attention.

Seventy-eight people died in what was Spain's worst train accident in decades.