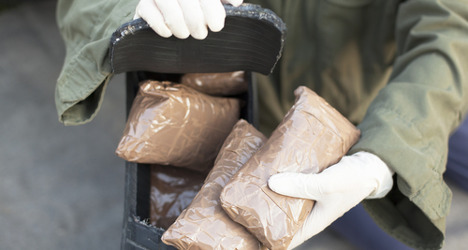 The drug traffickers, captured by Spanish in international waters by Spanish authorities, had originally been freed after Spain's National Court ruled Spain did not have the power to prosecute them.

But the Supreme Court ruled unanimously on Wednesday to uphold an appeal from a prosecutor hoping to try 13 Egyptian citizens and eight Syrians suspected of transporting huge hashish shipments.

The decision is a serious blow to the Universal Justice Law which could could lead to shelving of high profile international cases including investigations into allegations of Chinese genocide in Tibet in the 1980s and 1990s and US torture at their military prison facility at Cuba's Guantanamo Bay.

The new law has also been challenged by National Court judge Santiago Pedraz who has said he won't stop investigating the 2003 death of Spanish cameraman José Couso in Iraq.