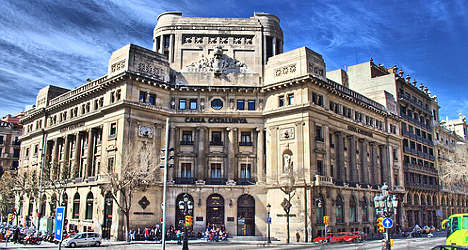 Catalunya Bank, a victim of Spain's economic crisis, has been sold to BBVA, the country's second-largest bank.

BBVA beat out competitors to Santander and CaixaBank to buy the bank which received €12.5 billion in rescue funds.

For BBVA, the sale means a greater presence in Catalonia's "dynamic" market, the bank said in a statement.

But Spain's sale of Catalunya Bank — in which it owns a 66 percent share — for just €1.2 billion means the country lost €11.8 billion by propping up by the bank which teetered when thousands of borrowers defaulted on their loans.

That is close to the €13.8 billion in cuts to education and healthcare imposed by the Spanish government in its austerity drive, Spain's El País newspaper noted.

Spain will now turn its attention to selling off another failed bank in Bankia.

Bankia became the symbol of Spain's financial crisis when it lost more than €19 billion ($26 billion) in 2012 and pushed the government to ask its eurozone partners for €41 billion in rescue loans to shore up the entire banking system.

Under the terms of the European Union's 2012 bailout, the Spanish government has until 2017 to sell its 68 percent stake in Bankia.

In July 2013, Spain's top banking body, the AEB, said the banking sector had seen losses of €33 billion as a result of the crisis.

Non-definitive accounts from the body charged with restructuring Spain's damaged banking sector, Frob, show losses of €36 billion of the €52 billion injected into Spain's banking crisis up to 2012, Spain's El País newspaper reported at that time.