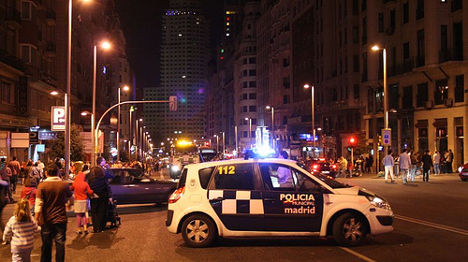 Authorities have equipped the city's new police vehicles with lights that are 40 % brighter than before to make up for the weakened sirens. Photo: Contando Estrelas/Flickr

For most city dwellers sirens can be annoying at times, but nobody can deny their use in emergencies helps to gain time and potentially save lives.

This necessary ‘evil’ does however go against noise pollution levels in Spain’s capital, spurring Madrid authorities to equip new municipal police cars with softer sirens that can’t be heard by other drivers with their windows closed and the radio on.

After two officers rushing to the scene of an emergency were hurt in a crash for this very reason, a Spanish worker’s union (CSIT-Unión Profesional) representing Madrid police officers condemned the accident in a public message that states “We don’t consider putting noise pollution before the safety of professionals and citizens to be a good idea”.

According to online Spanish daily VozPopuli, Madrid’s municipal police force aren't happy with their new police vehicles as a whole.

They’re small, not allowing an officer over 1.75 metres (5,7 feet) in height to sit comfortably, they haven’t been certified as roadworthy and numerous filming and IT devices within the car are razor-sharp and potentially dangerous in the case of an accident.

“The administration has preferred to follow instructions from external bodies rather than listen to professionals who spend thousands of hours behind the wheel,” CSIT-Unión Profesional” also said in a statement in which they labelled the situation as “shameful”.