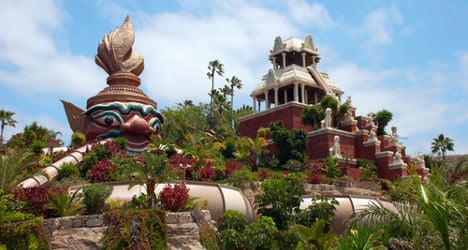 The top prize for Siam Park in the south of Tenerife was based on reviews on the TripAdvisor site over the last 12 months.

The site chose the park based on the number and quality of those reviews.

Opened in 2008 after lengthy delays, the entire park has a Thai theme, and the architects received permission from the Thai royal family for the project on the condition actual Thai temples and buildings would not be copied.

Another Tenerife water park, Lago Martiánez, made the list, coming in at position 15 on the global list.

The news of Siam Park's number one position in the ranking comes several days after a UK man was seriously injured when a trapdoor failed to fully open on a slide at Benidorm's Aqualandia Water Park.