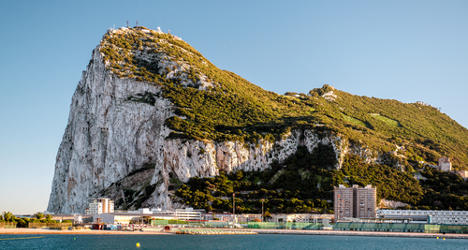 Spain accused Britain on Friday of "unacceptable interference" for launching a diplomatic protest over a maritime dispute off the contested British territory of Gibraltar.

It was the latest in a long string of diplomatic skirmishes over the tiny Mediterranean peninsula which has been governed by Britain since 1713 but is claimed by Spain.

The Spanish foreign ministry retaliated by summoning the British ambassador in Madrid, Simon Manley, it said in a statement after the meeting on Friday.

The Spanish ministry insisted the ships had been in Spanish waters and said the Spanish navy acted legally. It criticized London for repeatedly summoning Trillo over Gibraltar in recent months.

"This latest incident represents unacceptable interference by the United Kingdom in the routine activities of the Spanish navy in Spanish waters, especially since none of the vessels was British-flagged," the statement said.

After the meeting, the UK Ambassador to Spain Simon Manley tweeted the following message.

The embassy has said it will not make further comment on the issue.

Wednesday's incident saw Ambassador Federico Trillo hauled in for the fifth time since 2011 over the long-running dispute over the tiny British peninsula off the southern coast of Spain.

SEE ALSO: The Local's list of ten things you didn't know about Gibraltar

Prime Minister David Cameron also raised the incident with his Spanish counterpart Mariano Rajoy on the sidelines of a European leaders' summit in Brussels on Wednesday.

"I am extremely concerned by the actions of a Spanish Navy vessel which sought to redirect two commercial vessels heading to and from the Port of Gibraltar, wrongly claiming they were in Spanish waters," Lidington said.

"The vessels were in international waters off Gibraltar, and the actions of the Spanish Navy vessel constitute a breach of the UN Convention on the Law of the Sea."

He said it was a "cynical attempt by the Spanish government to disrupt Gibraltar's economy, in contravention of international law.