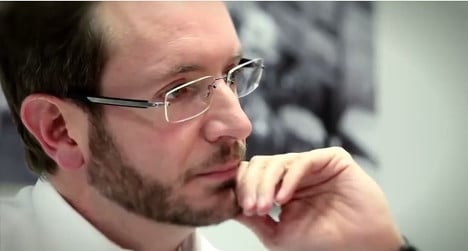 Maroto has already revoked the residency documents of 300 people who falsely claimed they lived in the Basque capital. Photo: YouTube

Javier Maroto told Spanish radio station Cadena Ser he had no official data but had no intention of being “politically correct” when talking about “how they’re taking us for a ride”.

“Some foreigners in our city come primarily to claim social benefits and have no intention of working or integrating,” Maroto told Cadena Ser when talking about how Vitoria’s opposition Socialist party had suggested impoverished residents should be paid in cash rather than be handed free food.

“If someone goes hungry in our city, we must help them. But we can’t just give them money for them to send back to Algeria and Morocco,” the mayor with Spain's conservative Popular Party stated.

“It isn't the same with people from Latin America, they come to work and are willing to integrate.”

Maroto has already revoked the residency documents of 300 people who falsely claimed they lived in the Basque capital to be able to have access to free food products in local supermarkets.

“They've been told they can sponge off others here, many Vitorians have had it up to here with these people.”