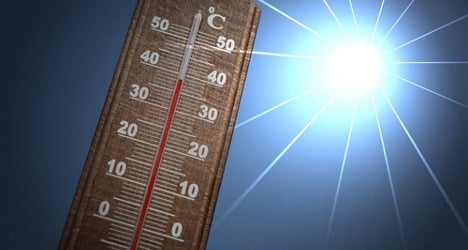 The hottest temperatures are forecast in Andalusia. Heatwave photo: Shutterstock

The Andalusian provinces of Córdoba, Granada, Huelva, Jaén and Sevilla are expected to see maximum temperatures of 38C on Monday as summer finally kicks in .

Parts of central Spain including Ciudad Real, Toledo, Madrid and Badajoz, meanwhile, face temperatures in the mid to high 30s.

SEE ALSO: The Local Gallery: How to stay cool through the Spanish summer

The forecast for Barcelona is 27C, while the Canary Islands should expect temperatures around the 25C mark. In the Balearic Islands, that figure will be in the mid to high 20s.

For northern Spanish cities including La Coruña, Oviedo and San Sebastian, temperatures should also be cool to mild.