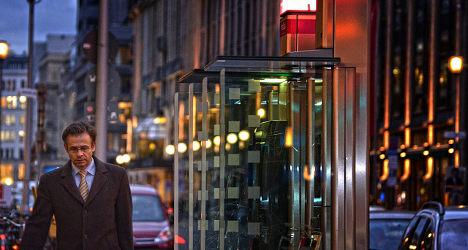 German job postings now make up 19 percent of all overseas positions advertised, up from 16.9 percent a year earlier, according to the results by recruitment firm Adecco.

The United Kingdom has also leapfrogged from France into second position in the last twelve months and is now responsible for 10.2 percent of those overseas job ads.

France, in third place, is the source of 9.4 percent of such postings. In fourth and fifth places on the list are Brazil (6.5 percent) and Portugal (6.2 percent).

The Adecco study also shows many of the job on offer are for highly-qualified personnel: one in five positions on offer are senior management roles while a further 36.3 percent are for managers and supervisors.

Another four out of ten jobs are for people with technical qualifications.

But Adecco also found 59 percent of Spaniards are prepared to move overseas for work, six points lower than the result obtained a year earlier.

This is despite unemployment in Spain remaining at 26 percent, the third highest in the European Union. For people under 25, this figure is 53.9 percent.

A total of 44,119 people left Spain for Germany in 2013, 19 percent more than the previous year, stats from Germany's official stats body show.

That overseas experience hasn't always been a positive one though.

In late 2013, a group of young Spanish jobseekers were left to fend for themselves in a town in central Germany after an intermediary company that promised them training, language courses and accommodation failed to deliver.

In another such incident, Spanish builders claimed they had been made 'slaves' by a German firm which had contracted them out to work on a road crew in the Netherlands.