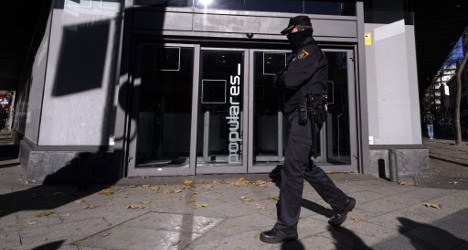 Anti-corruption authorities believe the party used some of that money to refurbish their headquarters in downtown Madrid.

But on Wednesday, a partner of the the firm's director Gonzalo Urquijo denied this, telling Spain's High Court that emails hinting at the use of a slush fund by the firm actually referred to "a little blue box" where up to €50,000 in cash was kept.

This was used for daily running costs including "buying biscuits," Belén García told the court.

People in the courtroom broke into laughter, according to Spain's Cadena Ser radio station.

Other employees at the architecture firm later backed up García's version of events, denying the existence of a second set of books.

In April, Spain's tax office and its economic crimes unit (UDEF) produced a report arguing the PP had used money from its second set of books to pay for part of the work done by Unifica Servicios Integrales.

They said that money could correpsond to a figure of €888,000 noted down by disgraced ex-PP treasurer Luis Bárcenas, currently in prison awaiting trial in relation to another corruption case.

Bárcenas has previously said he ran a second set of books for the PP to make under-the-table payment to top party officials, a charge the party has strenuously denied.

The high profile corruption affair first kicked off in 2009 as a judicial investigation into alleged kickbacks involving members of the PP.

It exploded in January 2013 when Spain's El País newspaper published copies of account ledgers purportedly showing irregular payments from a secret slush fund to top party members, including Rajoy who has led the party since 2004 and took power in 2011.

Bárcenas has named Rajoy in the scandal.

But Rajoy has repeatedly denied that he or other party figures received illegal payments and has said he will not step down over the affair. When grilled in parliament over the affair, however, he admitted he had been wrong to trust Bárcenas.

Rajoy will not appear in court in relation to the case, a judge has said. 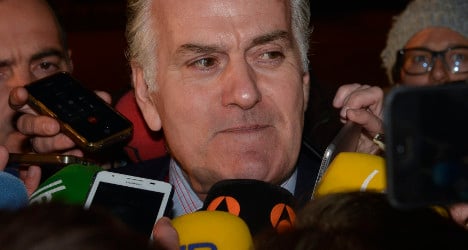 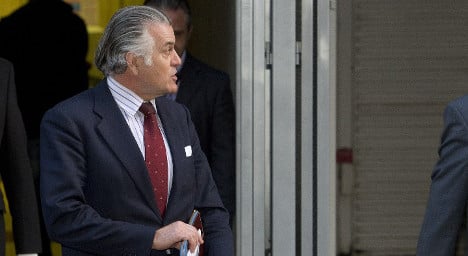