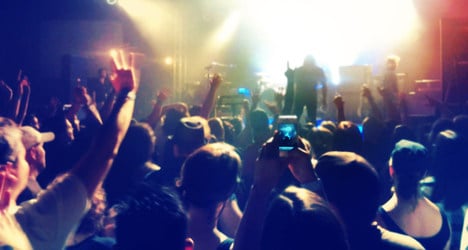 Photo of people at a nightclub: Shutterstock

The 'free drinks craze' — known as 'mamading' — caught the attention of local authorities after a video of one incident went viral online.

This showed a woman at a club in the popular tourist destination of Magalouf performing acts of "mini-fellatio" of several seconds duration on young tourists, Spain's El Mundo newspaper reported on Thursday.

The Government of the Balearic Islands and the local town hall are now looking at possible action. But authorities also admit they are in a tough position because there are no legal measures they can take against the clubs.

"It is morally reprehensible and humiliating for those who participate but it's an act carried out between adults who are free to do what they think is right, as long as their is no coercion,"  Isabel Llinás, the director of the island government's Women's Institute said.

She added that the trend was "worrying" while conceding it appeared to be limited to a few bars in Magaluf.

But local bar owners are frustrated the sex-for-drinks offer has captured so much attention.

The story "distracted attention" from the real problems of Majorca's Punta Ballena strip, which was the regeneration of the zone, one bar owner told El Mundo.

"Institution and businesses are investing lots of money to improve Magaluf and its image and its not fair that all this work is ruined by a few anecdotal stories about Punta Ballena during the summer months," another bar owner said.

In related news, local hotel owners in the fellow Balearic Island of Ibiza recently told The Local that a UK tourism safety campaign was "exaggerated" after it warned tourists not to walk home alone at night.