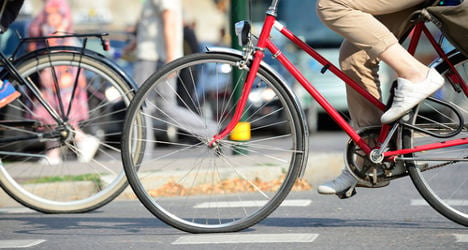 Photo of bicycles in the city: Shutterstock

Just days after Madrid launched its new shared electrobike rental scheme, the city has been named the country's worst for bike riders.

The launch of Madrid's shared bike scheme has been beset with problems including concerns over safety, problems with the registration system, and even a case of hacking.

But it turns out the capital's problems with bicycles are more fundamental: a new poll by Spanish consumer organization shows people in Madrid are the least satisfied in the country with facilities for bike riders.

The city has scored poorly in terms of availability of bike lanes to pollution levels and problems with traffic.

Overall satisfaction came in at just 36 out of 100, according to a statement from the OCU.

At the opposite end of the scale was Seville — rated the fourth best bicycling city in the world in 2013 in the so-called Copenhagen Index — where that score was 78 out of 100. San Sebastían came second with 72 percent and Vitoria scored 71 percent.

People in Barcelona gave the city a score of 59 percent.

The study also shows that one in three residents of Spain's largest cities use their bicycles at least once a week. In Valencia, it's nearly one in two (47 percent), in Pamplona it's thirty percent and in Madrid that's just 19 percent.

What's your experience with bicycles in Spain? Let us know in the comments field below.