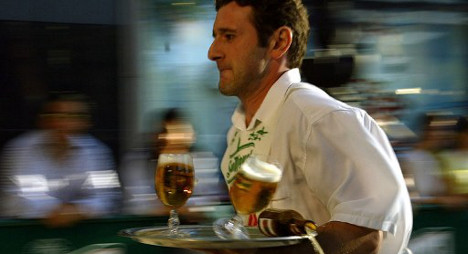 The number of people registered as unemployed in Spain's economy, the fourth-largest in the eurozone, fell by 122,684 from the previous month to 4.45 million in June, the Labour Ministry said in a monthly report.

Once corrected to smooth out seasonal blips, the number of people registered as unemployed fell by a more modest 16,113 people in June — the 11th consecutive monthly decline, it said.

"It is the longest declining trend recorded since 1999," State Secretary for Employment Engracia Hidalgo said in a statement.

Spain's overall unemployment rate rose to 25.93 percent in the first quarter of 2014 from 25.73 percent in the previous three months, according to a broader, household survey.

Prime Minister Mariano Rajoy's conservative government is fighting to bring down the jobless figures, six years after a decade-long property bubble imploded in 2008, wiping out millions of jobs and sparking a double-dip recession.