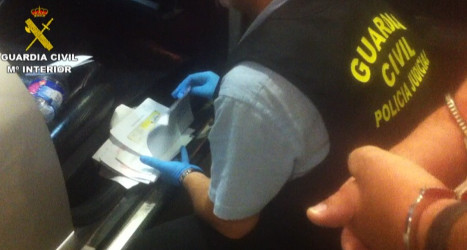 Guillermo Boscá Escrivá, a councillor for Rugat in Spain's Valencia region, was arrested recently in the Valencian town of Ondara.

He was the subject of a European-wide search after authorities in Cologne, Germany issued an arrest warrent, Spain's Guardia Civil police force said in a statement.

The councillor allegedly attacked his ex-partner's current boyfriend in the German town of Wipperfürth in May.

The man had received a serious blow to the head and serious abdominal wounds in the attack, the Guardia Civil said.

Searches revealed evidence including items of clothing, air tickets, a GPS device and a laptop.

Sources close to the investigation told Spanish news agency Europa Press that Escrivá had been deported to Germany to face charges.