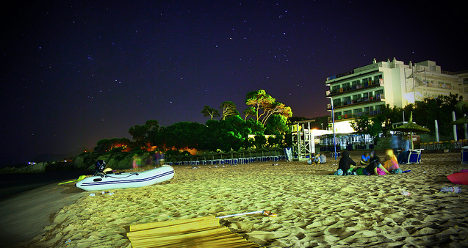 The woman was raped on a Mallorca beach by a man she has met at a nightclub. Photo: Justin van Creij/AFP

In 2010, a French tourist in Spain’s Balearics was the victim of a vicious sexual attack which went unpunished.

After meeting two men while partying in a nightclub with a friend, the women bumped into them again some days later and took a walk with them.

It was then that one of the men attacked the French tourist and raped her.

When she took the matter to the police, they were unable to find the attacker as she was only able to provide them with his first name, local daily El Diario de Mallorca reported on Monday.

Three years on, the woman received a friend request from her rapist on Facebook.

She contacted Spanish police immediately, who were able to match the physical description she had initially offered with his profile photos.

Majorca police then contacted Interpol after determining the man was a Slovakian citizen.

They in turn reached out to Slovakian police, who were able to confirm the suspect’s family had travelled to Majorca at the time of the rape.

The man is now under arrest.