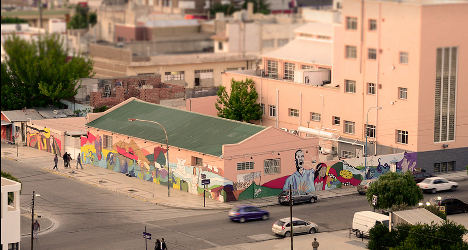 Domingo Expósito Moreno, 32, was murdered by a hooded man while standing in the doorway of the home of his ex-girlfriend in the Argentinian town of Comodoro Rivadavia , some 1,800 kilometres south of Buenos Aires.

Expósito, from the Andalusian town of Fuengirola, had travelled to Argentina to collect his daughter after winning custody battles in both Spain and Argentina.

He planned to travel back to Spain on June 30th, according to Spain's 20 minutos newspaper.

Local media said Expósito had complained that he was receiving threats via social media from people who knew the mother of the child.